This Dangerous Malware is Back: Here’s What to Know

When it comes to dangerous malware, there’s one specifically that seems to always come to mind.

Beginning in 2014, Emotet attacks have plagued IT infrastructure worldwide.

What once started as dangerous malware quickly turned into a ruthless business model, leading those involved with the spread of attack to become known as the ‘Emotet gang’.

Though the Emotet gang stayed quiet for almost a year, they’re back – and testing new techniques.

To understand how to protect yourself against Emotet, you’ll first need to know how it spreads and affects organizations.

Only then can you keep your business safe while Emotet returns.

However, it soon evolved into a Malware-as-a-Service (MaaS) style gang that delivered other malware for their customers.

Once infected, the installation of Emotet would contact a command and control (C2) server using macros or Powershell commands, in order to receive additional instructions and payloads.

Emotet has also been known to deliver Cobalt Strike payloads, allowing the gang or a partner to use the Red Team tool to explore their victim’s network.

For example, Microsoft cut off a major infection vector when it decided to deny internet macros by default for Microsoft Office applications.

In response, Emotet switched to Excel Add-in files which display as Excel files. However, they have .xll extensions and behave more like .dll files.

Emotet adds credibility to the attack by delivering the files through OneDrive URLs which most companies can’t block.

It’s the cycle of cybersecurity in action: cyberattacks happen, systems are patched, and attackers evolve.

To stop Emotet (or any malware), your organization should:

While it’s a basic recipe for success against any malware, let’s look at Emotet in particular.

To start with, Japan CERT released an upgraded EmoCheck utility to detect the 64-bit versions of Emotet.

And thankfully, you can expect many antivirus and EDR solutions to update their signature-based defense against new files as Emotet returns.

But, you’ll also want to block access to your networks for domains associated with Emotet’s delivery or executables.

However, since Emotet’s malware evolves so quickly, you must assume the group will continue to use new files, methods, and URLs. They won’t remain stagnant for long.

Since these new versions of Emotet malware act as zero-day attacks, you’ll also need to watch for unauthorized use of Powershell, Cobalt Strike, and other Emotet favorites.

If you do discover an attack, immediately activate your incident response strategy to isolate and remediate your systems.

Once Emotet gains access to a system, they often try to exploit other vulnerabilities in your IT environment.

Beat them to the punch and perform penetration testing and vulnerability scans to know what will be found.

As penetration tests and vulnerability scans locate issues, rand and resolve the problems based upon the level of risk to your organization.

All vulnerabilities should be noted and a plan for correction developed.

If necessary, some risks can be mitigated temporarily – as long as they’re resolved later when budgets and technologies improve. They only problem here though, is that an issue resolved ‘temporarily’ often becomes forgotten.

Even the best security in the world is undone by a distracted employee having a bad day. All it takes is one wrong click.

And, over the long run, the sheer volume of attacks makes them statistically likely to occur.

Cybersecurity monitoring keeps an eye on systems to catch these successful attacks rapidly and minimize damage.

It’s hard to stay on top of every new attack. With the constant evolution of dangerous malware, worms, and viruses, you’re not alone if you feel overwhelmed.

Some organization may already be under attack, while others don’t want to deal with the difficulties of countering sophisticated attackers like Emotet.

If you’re in that sort of position, it’s okay – you still have options. You can always reach out for assistance.

Contact Blue Bastion at 412-349-6680 or fill out the form below and our experts will meet with your team in a no-obligation consultation.

We can outline possible next steps and explain potential technology upgrades in simple terms, or in as much technical detail as your IT team needs. 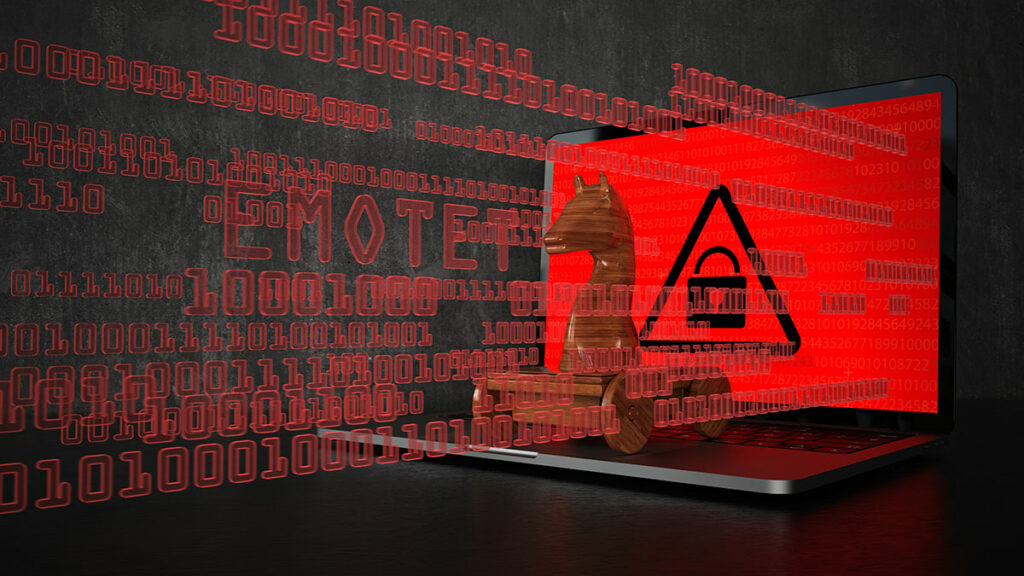